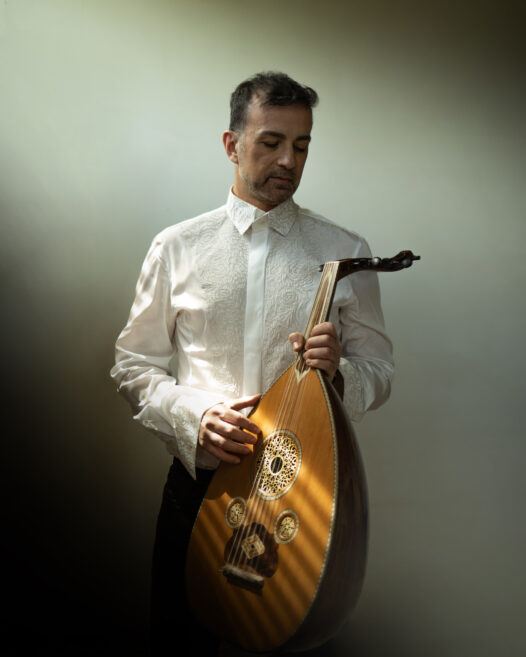 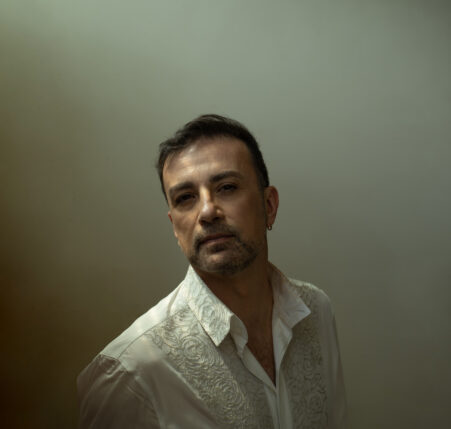 “In Portuguese, the word ‘Maresia’ means the sea foam that vaporizes in the air when the wind whips the crest of the waves. It is the sweat of the sea playing as it tries to chase itself. It is a race with open arms embodying a waltzing, tarantella-like gait, which communicates a wingspan sense of expansion and an oceanic joy. Maresia is the incessant mixing of languages, stories, and people of the past, the present, and the future. My song is a dream and maresia”.

“These songs are part of a fluid history that expresses something new each time. I gathered sounds, words, gestures, and memories into my hands, threw them in the air, then they fell back onto me, all mixed up. My past, the part that continues to speak to me even now, I chase after and disintegrate, mixing it with other elements like voices in the streets of a market, and then it reappears again, telling me things I still do not know yet”.

Maresia is a work that explores popular and original songwriter music from Puglia and Southern Italy with a Mediterranean attitude and a meticulous search for sound, which have always been the hallmarks of the mu- sician from Bari. Fabrizio Piepoli’s voice is a flowing universe, with a strongly ‘melismatic’ style that allows several notes to be sung to one syllable of text. His light tenor voice allows him to dip down to the low, bari- tone register sounds while also reaching up to the acute mezzo-soprano ones. He has a sophisticated voice that continuously plays with its own identity, with the masculine and the feminine, and with the East and the West. The battente, or ‘beating’ guitar typical of Southern Italian tradition, the Arab oud, and the Turkish saz, often filtered through effects and loop machines, are the instruments that accompany Fabrizio Piepoli’s singing. All this put together with the passionate tale of his roots is what breathes life into a new sound: the TARABTELLA, where Apulian tarantella meets the tarab of the Arab melody, the joy of dance, and the ecstasy of listening. The rhythmic, three-note gait of the tarantella, the rediscovery of Marisa Sannia and Amalia Rodriguez, and the dialogue between the Gargano tarantella and Portuguese fado all animate and define this valuable, intricate album made up of melodic pathways. What further embellishes it is research into the Carpino singers and a love for traditional Arab and Turkish instruments, as well as the Arbëreshë tradition and migration songs. 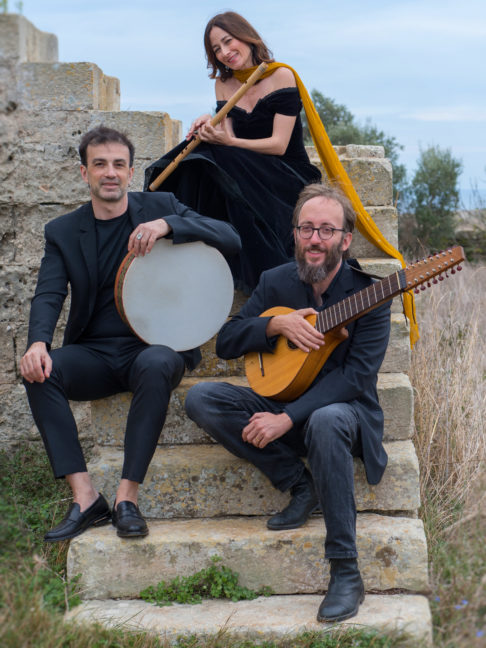 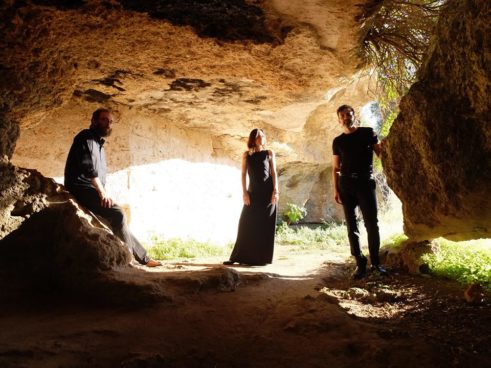 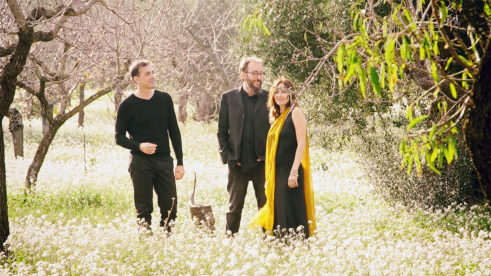 The Salento-based trio “La Cantiga de la Serena” recovers and reworks the ancient music of the Mediterranean basin, which has always represented a true cultural bridge between the East and the West.
The band’s repertoire is a refined mixture of: traditional music from Puglia (‘alla stisa’ songs, lullabies, tarantella, pizzica), which is sophistically rearranged; cantigas and Sephardic songs, which are expression of the tradition of the Sephardic-Jews who experienced the diaspora from Spain and Portugal in the XV century; medieval pilgrimage and devotion chants (Cantigas de Santa Maria, Llibre Vermell de Montserrat); stunning melodies and chants from the music heritage of Provence, Al-Andalus and Portugal.
It is a journey into Mediterranean music, through the charming and hypnotic rhythms of Southern Italy folk music, the sweetness of Sephardic melodies, the refined improvisational technique of Islamic maqam, the odd times of Middle Eastern and Balkan music.
Music represents an important example of how different cultures and religions can live together respectfully. This project tells of an era in which musical traditions of different peoples mingled and enriched one another in a natural way, in daily life.
The use of musical instruments belonging to different cultures and the space given to improvisation enhance the execution of the repertoire that celebrates the free expression of the musicians, their way of feeling and filter these ancient songs of love, prayer and joy. 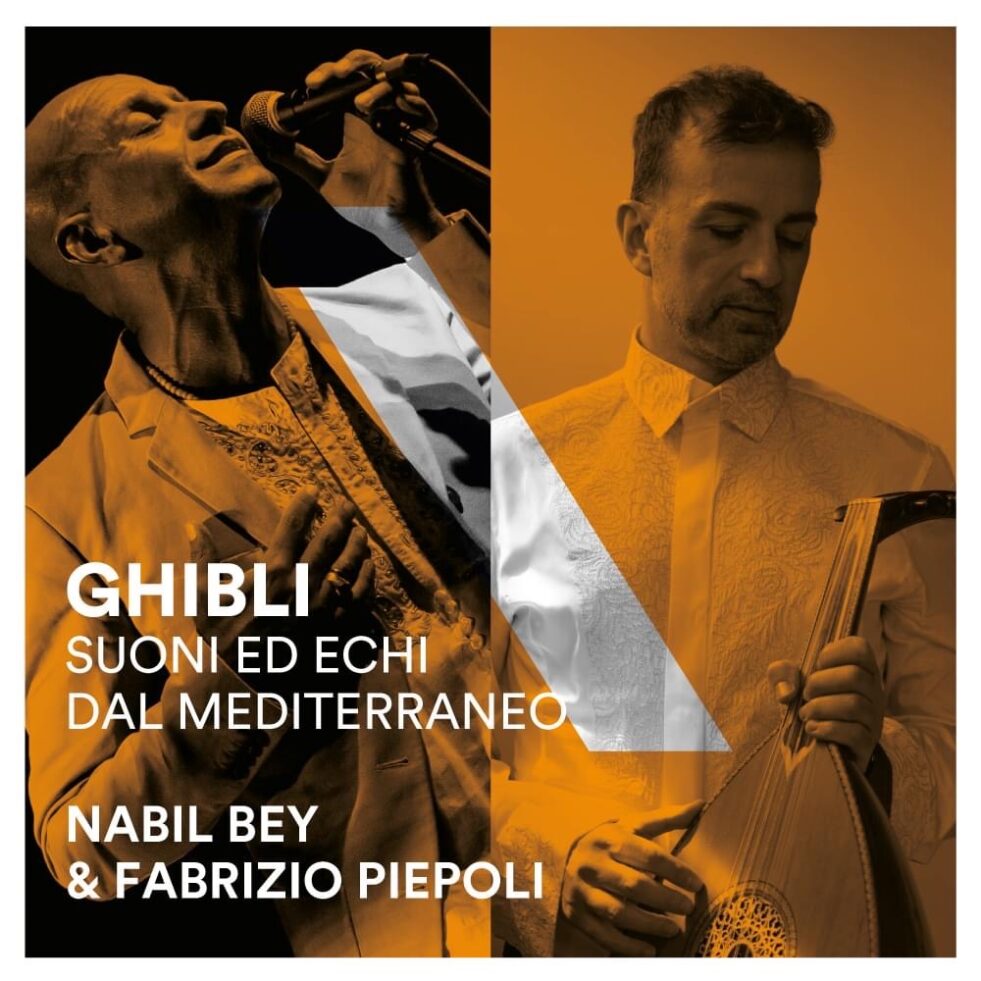 Music is able to tear down borders and localism and unite different people with the weapon of emotions. GHIBLI represents the echoes of despair and help of many men and women who are ready to exchange their dignity with a possible new future, the silent echoes of children that will never become adults but, also, the echoes of love holding on to life, happiness and tenacious hope. Stop for a while and let yourself be transported by GHIBLI, the hot dry wind that comes from the South-East and brings rain. Listen to it.