Singer, multi-instrumentalist, composer, professor of Traditional Music of the Mediterranean and Traditional Singing Styles  in the Conservatories of Lecce and Pescara. For over 20 years he has been active in the Italian music scene. He started his career in the ‘80s within the new-wave rock context and he has always nurtured a profound love for mediterranean traditions and ancient sacred music.
He trained in many vocal styles: Old Roman Chant (Oriental Christian Liturgy melismatic style), Southern Italian tarantella, pizzica and ‘canto alla stisa’, arabic tarab vocal style. He also studied and performed Reinassance music, Monteverdi madrigals, and contemporary classical music.
His wide vocal range, the timbre nuances and the frequent use of the looping technique co-create an ecstatic and pulsating unique sound, by mixing ambient-wave sophisticated sounds and Mediterranean melisma with an ethereal soprano touch. 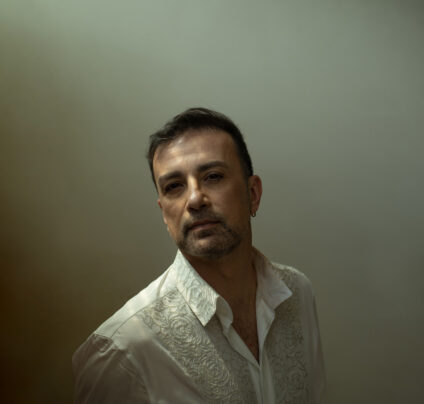 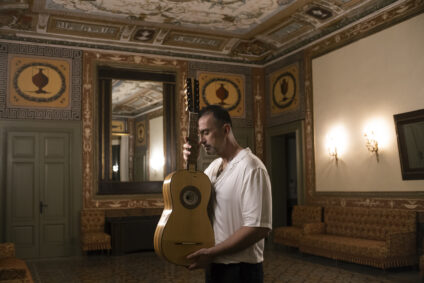 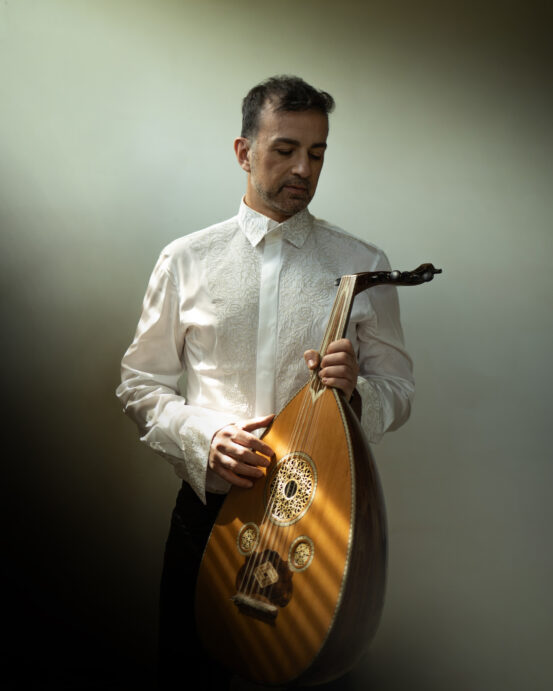 He is currently out with the solo project Maresia, an exciting journey into music that explores italian tarantella as well as fado and arbëreshë songs performed with arabic, greek and turkish vibes.

He’s also a member of the following ensembles:

In the spring 2011, he joined Michele Lobaccaro’s project Un’ala di riserva – messa laica per Don Tonino Bello, with some national artists such as Battiato, Caparezza, Radiodervish.

In 2011 he realeased his first solo album Autumn Sessions dedicated to a progressive folk re-reading of ancient Irish, Scottish and English ballads.

In 2019 he released Il Cedro e la Rosa a mediterranean journey between sacred and profane where he played santur, daf, shruti box, guitars along with with loop machines and electronics.